There is a hair cutting school in my neighborhood where you can get walk-in five-dollar cuts. It's a good deal, if students with scissors don't make you too nervous and if you have some extra time (cuz these cats are trying to get it right...). I took Isaac there to get the hair off his ears and out of his eyes.

While waiting in the reception area, the young man who would be our hair dresser for the day approached and introduced himself. Before he could lead us to the hair chair, however, a woman stopped him to ask for his urgent help. The dryer her mother was sitting under was too hot and was beginning to scorch her scalp. The man turned down the heat dial and confirmed with the customer that the new temperature was good for her. Before leaving them, he addressed the daughter. “If it heats up too much again, just turn this dial to a lower number,” he said, pointing out the huge white markings on the chair's controls affixed in plain sight. “Oh,” replied the woman, as if this were new and strange technology she wouldn't dare have thought to tamper with. “Okay.”

Now, nothin for nothin people, and with all due respect for the 10 months these hair folks spend studying how to give perms and fool your friends with extensions, did that woman seriously not think it was within her own power to turn down the heat? Did she never investigate? Did the mother never consider removing her head from the assaulting burn? Are we so helpless as a species? Such obedient sheep to follow along until we are in physical danger or worse? Such rule followers as to be completely out of touch with our own instincts?

I have two major concerns about public schools and they have nothing to do with academics. The first is demonstrated above. We think that “discipline” issues are bad in schools, but consider this blog to weigh in on the problem of obedience, the lost art of free thinking.

So, Isaac gets his booster seat and settles in for an hour-long cut. (Don't try this at home folks!) The poor thing was having to pull out every little bit of hard-earned Montessori concentration to sit there in the chair. I wasn't any less fidgety since I was pretty certain I was going to die of bad pop music while there and kept swiveling this way and that hoping to find the radio switch to smash.

Of course, we did have plenty of time for conversation, the young man and I at least, since Isaac was refusing to speak. During that time I made sure to point out to my son his hair dresser's Barbie pink fingernails.

Isaac has been very influenced by a couple friends, who don't even live in the area anymore, but whose rigid ideas of gender they managed to pass on quite successfully on some level to my son.

(“I'm not going to have an earring when I grow up. I'm going to be a real boy!” he once said to me. Images of Pinocchio in a sterling earcuff float through my mind. WTF??)

I learned that hair dresser guy, had a Halloween party for his birthday every year, since it fell at the end of October and that this year he was going to be a pirate. I also learned that he was graduating next month. And finally, I learned that he was born and raised in Salinas, which caused me to have to stop myself from grabbing his arm, the one with the black rubber bracelet that said “Vanity,” and blurting out, “Oh my god! That must have been terrible for you!” Salinas, California, known as it is for its associations with Steinbeck, big agriculture, and gang violence, isn't quite as note-worthy in its general ideas of tolerance.

Which brings me to problem number two in the public schools: a lack of emphasis on compassionate social interaction and integration.

I mean, let's face it people. We are at war. What do we have to teach our kids about empathy or cooperation? Gee, can't imagine why bullying is a problem...

I'm planning on going as my worst nightmare for Halloween this year: a soccer mom. “Are you gonna scream a lot?” my friend asked me, “Because you need to scream a lot.” (Capri Sun, anyone? Pictures to follow.) While I went searching for a blonde bob wig in the drug store the other day to round out my costume, my gentle, loving son battled an invisible victim with a bloody plastic hatchet, behavior I find all the more disturbing since the kid's only ever watched a few hours of television in his life and most of that consisted of Dinosaur Train and the Olympics. You might find it odd that I connect fumbling foreign policies, youth sports teams, dumby weaponry and the absence of kindness, and if so, then, I still have more convincing to do. Later. Just how I like to think about where to send Isaac to school next year. Later.

I knew it would be the perfect time. Late October. I hadn't been to the market in a few weeks – well, not to THE market, the one that has my favoritest farmer with my favoritest fruits. Tuesdays are market day (THE market day), and Tuesdays have been a challenge lately with our current family schedule. It takes more time and effort to get to downtown Monterey than I am able to sustain some weeks. The neighborhood where I live isn't so down with the organic produce, though you can run into any number of steeples within a stone's throw of my house. (If you are craning your neck skyward toward those steeples too long though, you better beware of the ragged chainlink waiting to snatch at your legs, such is the beauty of my 'hood.) Four years ago I moved to a neighborhood where it was all about a healthy soul. Too bad I'm more interested in cultivating a healthy body and somehow cling to the notion of aesthetics as integral to my happiness. But enough about fenced in evangelists. 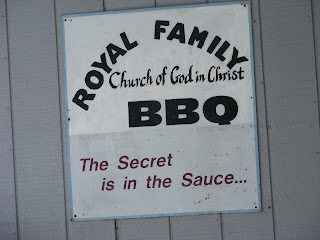 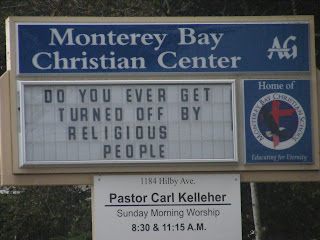 Isaac was starting his second month of swimming lessons. He's a confident swimmer for whom being submerged in chlorine is a dream come true. I can remember us taking him to the pool long enough ago that many weeks he'd conk out for a nap before we could get him in the car. Long enough ago that we've added “swim diapers” to our family's personal responsibility for landfill waste. Now, excited to be learning strokes and dives, he's a better swimmer than I will ever hope to be. In fact, he's a polar bear. 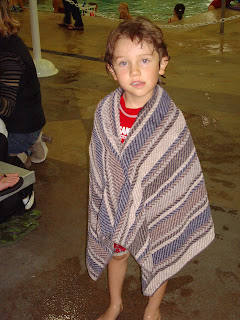 Living in Monterey and its environs means that swimming levels are not called things like 1, 2, 3, or 4. Oh no. We'll save that kind of ho-hum for the landlocked, the impoverished souls that don't have a National Marine Sanctuary off their shores. In Monterey, the swim levels are called things like “Dolphin” and “Starfish” and “Sea Turtle” and it's up to the parents to buy into this clever but bizarre culture of the appropriate sea life corresponding to your child's ability to do the breast stroke.

I recently had a conversation with the aquatic director in which the terms “Seahorse,” “Penguin,” and “Polar Bear” were tossed around to such a degree it was impossible to follow what the hell he was talking about, though he acted as if rational adults speak this way every day. It was a bit like inserting the Jabberwocky into casual conversation. “He's very good with the vorpal sword. I really think he'll be ready for the Bandersnatch next time. The jaws that bite and the claws that catch shouldn't bother him a bit. Now, if he's worried about the Jubjub bird, then I'd say he might want to stay away from the slithy toves, but otherwise, O frabjous day! Callooh Callay!”
The point here is not supposed to be how magnificent my son is in water, nor how oddly labeled his skills might be. The point here is that the sports center is a mere two blocks from the market. Doubtful I was supposed to leave the premises, I abandoned Isaac with his new instructor, his fellow Polar Bears, gave up my spot on that horrid metal bleacher filled with a crowd of parents leaning toward the poolside to see how little Xavier the Guppie was doing and dashed out and down the street toward my one true love: Pomegranates!
When I arrived, the pomegranates were even better than I'd even hoped for.(O frabjous day!...) They were monstrous, engorged beauties their crowns glistening in the sun. A day of rain over the weekend had split them and their juicy rubies showed through the cracks. (I'm pretty serious about my fruit.) Dale, my buddy, the farmer himself, was not there on this day and one of the other farm workers who doesn't know me was minding the stall. As I started to pile the poms bigger than softballs into a bag, he grew concerned. “Lady,” he said to me. “They're three dollars a pound!”
Some women shop for clothes. I spend all my money at the farmer's markets.
“Mommy! Mommy! Why is it so cold in the house?”
“Put on a sweater and eat your pomegranates, Isaac.”
“But Mommy! Why can't I go to swimming lessons anymore?”
“Wouldn't you rather float on a bed of pomegranate seeds, honey? Now pass the bowl.”
In my defense, pomegranates are high in vitamin C and potassium. The little immune boosters contain yummy antioxidants. If these pomegranates could swim, baby, they'd be Orcas. Amen. 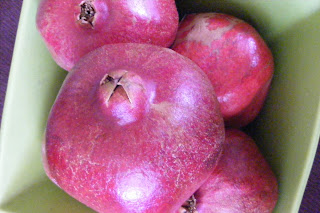 Pomegranate Season Again
and here I am with pen
in hand. Each year I try:
tiny baubles I call them,
rubies, gems, clusters
of cranberry eggs sparkling
like Christmas – all of the metaphors
lacking or taken, though I go on
spilling blood
on my kitchen counter -
a California slasher movie
starring Persephone.
And once she comes into it,
well, it's all over, isn't it?
A girl in the dark, a mother
pacing above, her grief enough
to keep the blossoming world
at bay. Is any fruit worth this --
family fissures, death, and blood-letting?
Even Neruda with his Odes -
the tomatoes, to the onion,
didn't have to contend with the maiden
cum queen, the hungry earth
wrenching open in a muddy maw.
One must grow into one's majesty
the immature among us
fastened to the branch
by the crowns
of our heads.
To know so young one is royal,
to spoil such sweetness.
Now on my counter they lie
huge and heavy, weighted down
by their own juices,
oversized doorknobs locked
against innocence and painted
for all the world to see
like the lips of a geisha.
I take the knife to them. The berry bodies
explode with a spray of red-black droplets,
not unlike the octopus before surrender,
a final message as the end approaches --
secrets never told,
blotchy reminders of a simpler love.