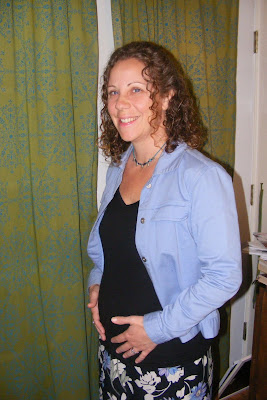 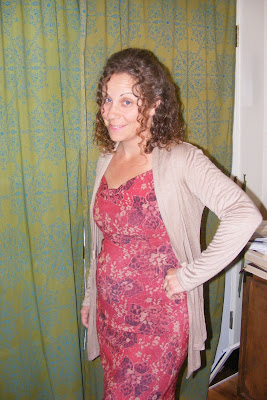 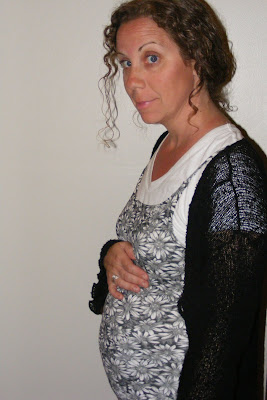 “Eighty percent of success is showing up.” - Woody Allen

The eight-year-old was in the garage rifling through boxes, the three-year-old had found Isaac's room (“Here's the toy room!”), the smallest was still on his mother's hip for now, their father was talking about the computer hutch with Mike, and the people who came for the futon were inspecting bolts. It was our dinner time, our usual space to unwind, though any movement toward sustenance and family bonding had been arrested: the Craig's List people were here.

We had hosted a “give away” party for our friends the week before. They had come, dutifully, some sad, some glowing at the thought of snatching up my most prized succulents in their elegant painted pots. Books and candles, folding chairs, the streptocarpus, the solar dehydrator, tables, shelves, seeds, booze, it all walked out. Still, we were left with too much. So, against my better judgment, I placed an ad on Craig's List.

Strangely, the biggest draw was one of our dressers. We had recovered it from the garage of the last house we rented, swept out the spider eggs and repaired the drawer that had been driven into, then painted it a dark slate blue with cream drawer fronts, and bought it sparkly new knobs. Five years on, it wobbled a little and needed a new paint job. I posted it for 10 bucks. The crowd went wild.

Of course, there is the surge of excitement that precipitates that initial email of inquiry and then there's actually setting your Suburban's GPS to our address and showing up. The ten-dollar dresser almost brought me to my knees for the shear number of no-shows it conjured. But now, things were different. Here were two families perusing our various sale items – best to lump people at the same time, pull the Bandaid off zip, one, two, three. It'll hurt a lot but only for a second.

“Is this for sale??” It's the eight-year-old. He's got the roll of little plastic international flags we decorated with during the Obama party. “It's yours!” I say happily, and he clutches it gleefully to his chest. Pay back time. For all those garage sales we went to where people so very “kindly” gave Isaac huge bags of beads, stuffed animals, shit they wanted to be rid of that I didn't want any more than they did. “How about this?” the boy asks hopefully, showing me a book of traveler's quotes. “Take it!”

The kids are now rolling around on the futon someone else is looking to purchase. “Are they all yours?” futon lady asks me. “No, just that one over there. The one who looks stunned into silence.” Isaac is seated on the loveseat between two strangers, wide-eyed and quiet.

It's complete mayhem. The eighteen-month-old is on the loose now, our stomachs are growling, the three-year-old is driving one of Isaac's Lego trucks along the molding.

Before, everyone leaves, I discover a convoluted connection with futon lady involving poetry and events of some ten years back, and the three-year-old is looking hard to score something to take, just like his brother. “Can I have THIS?” he asks. He's holding our to do list. I'd love to say yes, take it, please, out of my sight forever, but I trade him for a pirate pencil.

Tomorrow there will be more of this: People who are getting some of our junk as temporary furniture, having just moved from Japan without any hope of seeing their things shipped while hundreds of thousands of displaced Japanese struggle to regain a daily life. A couple who've driven all the way from Salinas to take home my five-dollar butterfly chair. For tonight, finally, we've closed a deal or two, we can eat, maybe get our kid to bed before nine. Only problem is, we might have to dine on the f-ing dresser. Damn thing's still here, but someone bought our kitchen table.

three square inches, or, the problem with moving

The detritus of drawers, shelves otherwise cleared. There is so much. Any small object that can act as a receptacle. It all comes back to haunt you. The contents of a ceramic bowl I made once upon a time in a pottery class that sits by the front door on a small drawered table Mike doctored the legs of and painted orange included three different kinds of screws, several paper clips, much lint, glass beads of unknown origin and conference nametag holder, and about 17 other items no bigger than your pinky tip but much less useful (photo to follow - of the content, not your pinky tip). This is just what was left after we extracted from it the car keys and about six dollars in change. Three square inches – multiply by god knows and that's the hardest stuff to sort, to “pack,” to have to see.

One week is a Monterey week. I want to throw my arms around the bay, pack the Aquarium, bungie a fleet of redwoods to the roof of the van. I can't go. My friends are wonderful, making this all worse, of course.

Another week is a fuck-this-place-anyway week. Backward ass ideas about health care. Schools floundering desperately in a sea of old people holding on hard to their inheritance. And an article, perhaps my last for the paper here before I hit the road, about a big New York show coming to town one night only – a Wednesday night. The ticket prices START at $53. What? I feel like I need to go over that again. A Wednesday night. $53. WHO is going to this?????? But that's just it. People are going. Just not the people I know.

I think this is the part of the movie where (naturally in the pouring rain) I pound my fists on the strong, hairy chest of my love and my nemesis screaming, “I hate you, Monterey! I hate you! I hate you!” Then kiss him passionately and with abandon. 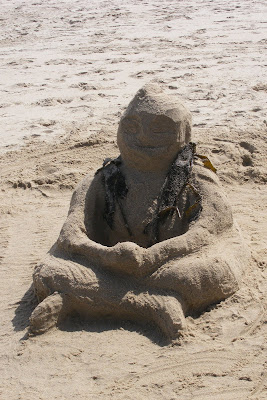 trying to stay Zen about it all.

just a few of the beautiful people we're leaving behind 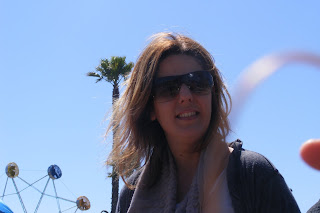 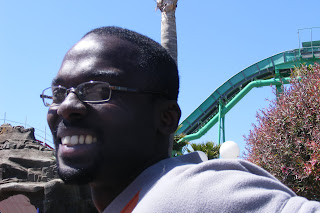 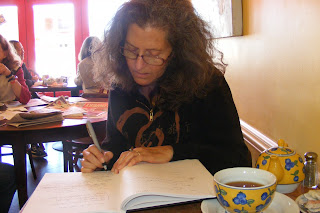 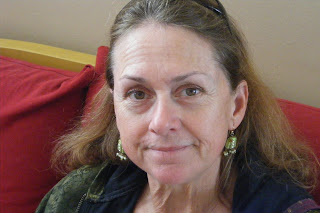 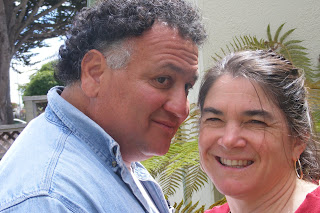 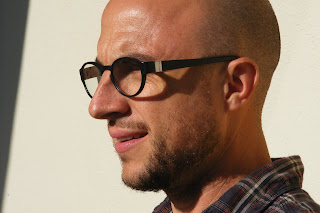 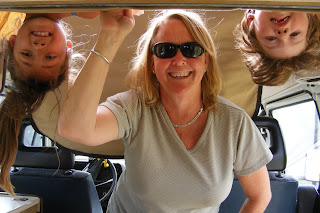 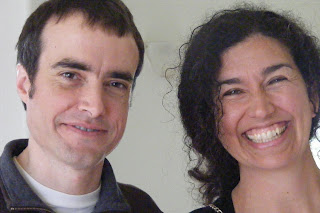 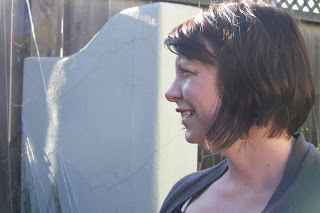 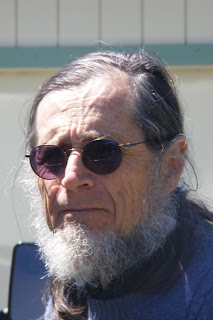 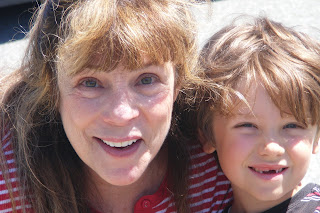 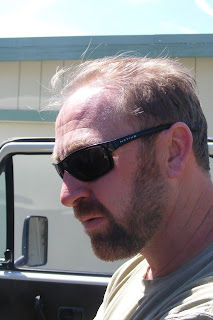 I am actually panicking because I read somewhere at some point that children's perceptions of the world begin to solidify from the age of 8. Am I going to get this family abroad before Isaac turns 8? It's not looking great. But we are about to embark on a drive across the country and if I recall correctly from the last time I did such a thing, it was one of the most foreign experiences I've ever had.
I've been to 16 countries. I don't recall weeping for extended periods of time while traveling through any of them. However, I can't say the same for my time in Wyoming and Montana, for example. I'm just not a wild west kind of girl. These places, their emptiness and landlocked culture unnerve me, despite the fact that Glacier National Park was possibly the favorite stop on our drive. Apart from that, Mike nearly dropped me off unceremoniously somewhere outside of Butte because I couldn't stop blubbering.
Isaac just showed me a binder he's working on at school of the different sections of the country. We'll use it to track our route. I couldn't help but notice that he wrote “Momtana,” and that the label for Wyoming was upside down, that state alone not colored in. Perhaps I'm not the only family member that has a hard time grasping these places.
I want Isaac to know – to really get it – that not everyone lives like us, that there are choices, diversity, landscapes and traditions that dictate very different days. I want him to appreciate this point. I want him to spend time living in some of these different days. But I drag with me to the table of best intentions my biases.
While reading his UNICEF Children Just Like Me book the other day, Isaac shook his head slowly and thoughtfully. “Africa sure has some cool people,” he said. I love that kid. How right he must be. When I think about the African continent I have no doubt that given the first opportunity I'd go get whatever battery of shots necessary and jump on a plane in a second. But North Dakota? Idaho? Oklahoma? What will protect me in these foreign lands?
Here are some shots from our last cross country adventure. 38 days til take off. 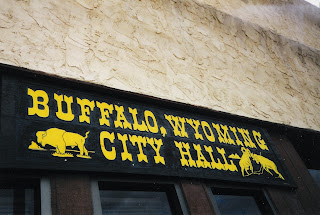 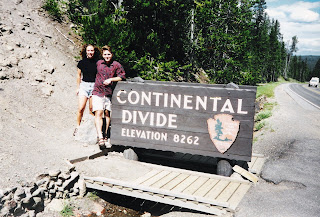 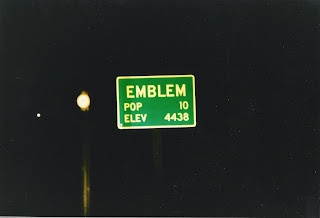 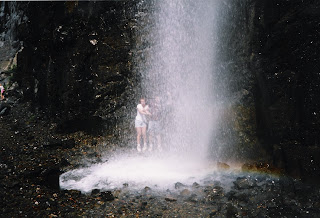 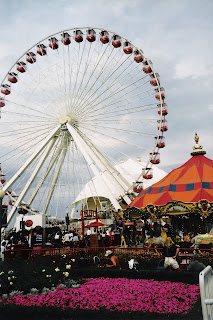 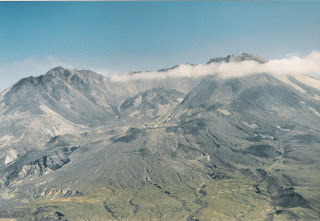 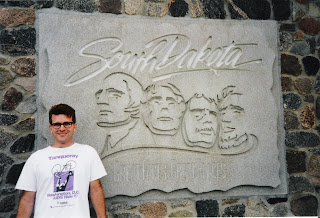 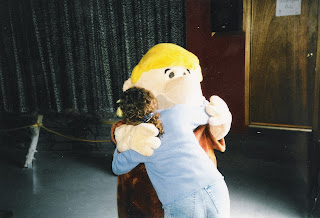