Just wanted to clarify, since several people asked me...Rhys and I had to stay overnight for some tests, we are not doing surgery yet. Present tense as a stylistic choice and always a lag time in real time vs posts. Thanks always for reading.

It was my first night in a hospital. I have spent the day standing on a cardio cath recovery floor because we are "overflow," the third "high risk" baby of the day. Rhys got to do his echocardiogram and I only had to force feed him foul-tasting medicine that put him to sleep first. Almost like a party. Nine hours after we arrived we got to talk to the cardiologist. It only took the surgeon 8 and a zap to the pager.

Now, Rhys and I are settled into our charming accommodations where his monitors sing to us about numbers on blood pressure, heart rate, respiratory rate, and oxygen saturation levels.Any time I lift him to nurse, we go code blue. It's not unlike a car alarm - no one pays attention anymore since they are always set off by accident. Beyond the curtain there is a 2-week old and his mom. The little guy has already had surgery for his time in our world and has yet to breathe the air outside a hospital wing.

In place for a night of monitoring, I am thinking of making a leaf rubbing of the springs on my cot. A handsome man breezes into our room around 10 pm or so and introduces himself as Dan. Hi, Dan. He looks like he just walked off the set of one of those medical drama shows. Dark chest hair curls out of the top of his scrubs. He has an easy manner, quick with the jokes.

"I'm the doctor on duty for the night," he tells me, and by way of further jovial explanation: "It's my job to keep everyone alive overnight."

"Really?" he inquires, all earnestness and curiosity. "What do you do?"

We are a people who, approaching an intersection on foot where 2 or 3 people are already standing waiting for the walk signal, immediately press the button, assuming, one is to believe, that the other people forgot to or somehow did it wrong, thus, their continuing stance at the corner.

However, we are also a people who are perfectly willing to believe that a surgical team can saw through the breast bone, stop the heart, empty it of blood, cut it here and sew it there with the ultimate in precision, presumably repairing, without risk of error, what is already the ultimate in perfection. 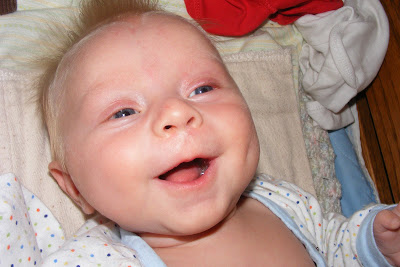 
Black bears rarely attack. But here's the thing. Sometimes they do. All bears are agile, cunning, and immensely strong, and they are always hungry. If they want to kill you and eat you, they can, and pretty much whenever they want. That doesn't happen often, but –and here's the absolute salient point—once would be enough.
- Bill Bryson, from A Walk in the Woods: Rediscovering America on the Appalachian Trail
The first 3 out of 4 days we spent in Massachusetts after arriving this summer from our final stop (the lower Hudson River Valley) at the end of our cross-country insanity, the front page of the local paper was splayed with pictures of bears. Bears, eating from people's compost piles. Bears, exiting people's homes through kitchen windows. Bears, just chilling in people's yards.
The animals were beautiful, striking in their bear-selves and the juxtaposition displayed: with an obviously wild nature that challenged everything about their domestic surroundings.
Despite the bear on the flag of California, I have never heard of one wandering into our old neighborhood. Judging by the construction drive that seems set on paving over every sage bush there, we'll be lucky if the skunks make it. The bears? They are long gone, having had to submit to things like the bear and bull fights back in 1800s Monterey with its red-tiled roofs and neanderthal modes of entertainment lit by whale blubber. But enough about our shining past.
The two times we came to see this house when it was on the market, the seller's realtor must have tripped over herself trying to mop up the puddles of drool she left on the floor after salivating about the young couple with the preggo wife who would surely be ensnared by all the charms of a 100-year-old farm house. She saw the belly and knew her marketing tactic immediately.
“Kathryn!” she'd coo to me. “Look at this!”
“This” would inevitably be some stupid-ass thing, like a picture of a laundry shoot window that once existed or her perceived convenience of the washing machine in the kitchen (?!?...coming in another entry...). She thought she'd found the perfect preggo, that sales push-over, the Nesting Mama. Unfortunately, she had me pegged all wrong. She'd found Mama Bear.
“Is that asbestos on those pipes in the basement?” I'd ask narrowing my eyes on her latest dream detail (“There's a light in this closet! And look, Kathryn!...”)
---
“If I can help the other 4 families you'll see this year with a kid with TOF, let me tell you, you need to explain more information up front. Nothing for nothing, Doctor, but that handout you left us with told us nothing and only made us scared.”
“Oh, well, I'm sorry. That was never my intention. My intention was to leave you with enough information to investigate. The name of the condition Rhys has is called Tet-tra-lo-gy of Fa-llot.” (Why, some of my best friends have Tetraology of Fallot!)
Bitch, start with me.
Can you say, fired? She's been replaced. (Why, some of my best friends are doctors!)
The local scene just beginning to show signs of hope with a new cardiologist on board, this weekend we also head to Boston – our first trip to Children's Hospital. We will be consulting with a cardiologist and a surgeon. Rhys will undergo a sedated echocardiogram and then have to spend the night for observation. I will stay with him. I'm packing my honey pots and holding my breath.
And since I don't yet know how to communicate the intensity of the stress we've been under for the last 4 weeks, that's all for now.
...Nothing worries and antagonizes a female bear more than to have people between her and her brood...